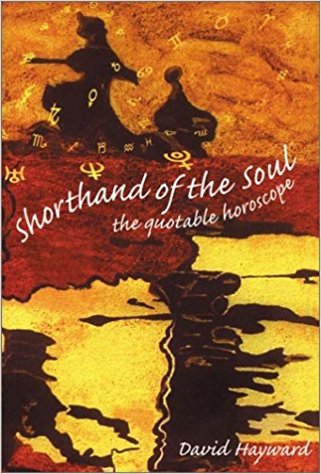 This is chart of David Hayward (https://www.astro.com/astro-databank/Hayward,_David) which is jazz-musician and therapist, this case is interesting astrologically as he is the former alcoholic who transformed his experience into career, namely he is now therapist helping others to fight the addiction.

Weakness of chart:
The weakness and  challenge of this chart lies in afflicted Mercury in third house.
Ninth, second and third are hit, but among them third is (mild) dusthana so the Mercury curse is the main point of analysis from suffering point of view, curses (saapa) in the chart shows area in which native will see some kind of suffering.
Mercury our main protagonist is surrounded by Rahu and zero-digbala-sun (this configuration of planets on both sides is called kartari, if it is good it is subha-kartari, if negative then papa-kartari)
Zero digbala (directional strenght) Sun gives addiction but more in direction of sexuality, loyalty etc
Third – Depression
Third house has to do with sibling, with the sad thoughts (duscikya according to Parashara), courage, sexuality, fight, contracts, communication, so to check the depression among the list let check the Moon and Mars, third if afflicted tend to give depression, as it is the setback (twelfth) of the forth house (central house of the manas, the mind).
Śri Parashara (author of Brhat Paraśara Hora Sastra, the main book on Jyotish) advises us to see also third from Mars for mental disorders, here it is the Jupiter again with debilitated sixth lord Saturn which shows the connection between depressive tendency and addictions.
The dispositor of Moon (also called Subhapati) is afflicted Mercury in third house of depression, in parivartana with Venus in second house of wealth and tenth lord of career, so now we have confirmed depression and also possible link to his earning, which is worth to investigate further.
Tenth lord in second house is simhasana yoga and gives one leadership position.
Parivartana is described as exchange between the planets, like planet A in sign of B and planet B in sign of planet A
Saturn, the addiction

Navamsa sixth house of addiction and second lord of bhoga has saturn which among the weaknesses shows alcoholism.

This Saturn is joined Jupiter (Jupiter the savior) and exactly when Saturn started Saturn-Saturn-Saturn in 1973 he turned to sobriety as Saturn is giving the results of Jupiter and Jupiter in ninth will fight to protect the native and give the good things in life, ninth house is the house of dharma, protection. It happened also in the time when Dasa of Moon in eleventh was working.

Eleventh when positive show discipline and being forth lord from Navamsa shows also spiritual direction, twelfth lord shows this will be done with the help of some cure. Moon connected to Mercury also shows publishing.

Addiction
Now going to the point: Sixth from arudha lagna shows weaknesses, arudha lagna shows us percieved by others and our place in the society, its calculation is based on the mirror-reflection of the ascendant lord
Good lecture from Sanjay Rath exists on this topic of weaknesses with examples of Kurt Cobain and others.
His turning-to-sobriety point is November 1973 Saturn-Saturn-Saturn, Pisces-Aries Narayana dasha, Gemini Chakra dasha.

Checking his career:
So we have arudha aspected by Jupiter and Saturn, Jupiter shows academical/coach sector and saturn shows various therapies, including massage which he is also offering.

Venus shows entertainer as he was also jazz-musian, Venus with Mercury gives lot of entertainment, Venus vargottama gives fame from this, especially when related to positive third of creativity, this with second lord and eleventh from arudha lagna shows sources of gain for him
This also is accentuated by Venus being in artha-kona in Navamsa (trio of:second, sixht, tenth) with Saturn – so entertainment and therapy are his careers
In navamsa saturn is in sixth house as tenth lord which connects again his fortunes and wealth to the weaknesses of sixth house and saturn showing massage and the aspect of moon and mercury (which according to Jaimini Sutra give bhisak yoga, doctor) bring the medical colour to it.
Connecting the weakness to his career as therapist:
Now the same Mercury in third which is giving the depression and which is related to Saturn in sixth of alcoholism by the dispositor Mars is second lord and eleventh lord from Arudha which shows it is now source of gain for the native.
As tenth lord from Moon is Jupiter with that Saturn in ninth of guidance he is the therapist and counsellor from this and Navamsa tenth lord of fortune with sixth house of addiction confirms the bridging or rather transformation from the weakness to profession.
Books and Astrology:
He has written also book on astrology (https://www.amazon.com/Shorthand-Soul-quotable-horoscope-Astro-links/dp/0953026124)

He has many of the crucial yogas (combinations) for astrology, of which the most visible are:

Lacking is Venus connected to Jupiter.