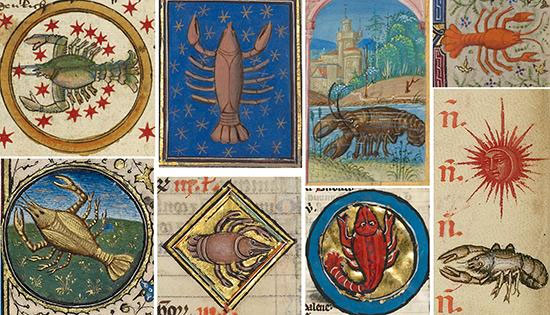 Welcome to the Jyotish Lexicon, store on all things Vedic Astrology related.
It is like a dictionary, but dedicated to all things Jyotish. Feel free to ask question or make a comment.

5th and 9th (along with First) are called Trikonas (Jataka Tattva 1.27)

Kind of sambandha (relation) between planets or other astrological elements of the chart  when these are in sixth/eigth distance from each other.

ex. if Arudhapada and Darapada (A7) are in 6/8 relation then one can suffer in i) buisness ii) finances and iii) marriage depending on other positions in the chart.

Tip: if the lords of these are in good sambandha (kendra/kona) then this is altered and fortune flows. Same with koota analysis in graha-maitram.

These houses form the marana karaka sthana for the planets:

Remedy for above placements in Rasi Chart is pratyadi deva of planet which is bhava karaka for the house where this dosha occurs.

Yoga of grahas (combination of planets) leading to penury and financial challenges formed by yuti, drsti or parivartana between Maraka and Dusthana lord.

Usually formed by yoga between Narayana and Lakshmi houses which are kendras and konas. Brhat Parasara Hora Śastra, Saravali and other Śastras provide whole lists of rajayogas.

Position of planet in Navamsa which grants blessings of Brahma in the form of health, longevity and strenghting the Lagna indications like fame and popularity.

For planet in fiery signs (Mesha, Simha, Dhanus) in Rasi Pushkara Navamsas are: Thula and Dhanus.

For planet in watery signs (Karka, Vrscika, Meena) in Rasi Pushkara Navamsas are: Cancer and Virgo

Gochara (transit) of Shani in twelfth, first or second house from Moon, Lagna or Arudha pada.

Cause of suffering durings its period is related to overexcitement caused by vayu-tattva in the manas (mind).

This can be analysed (like all transits) in Rasi and Vargas, so to judge if Sade-Sati will afflict career aspects of life we need to check Moon position in Dasamsa.

Sade Sati in Rasi is more or less connected to health aspects, and for all other aspects Tulya-Gochara should be applied.

From Lagna one is proned to commit wrong actions and wrong surrounding like vastu. From Moon bad health and lack of support from Arudhapada career problems, and social circle can go against the native.

Siva and every Rudra avatara can be worshipped for sade-sati. Sri Hanuman sadhana is also one of the choice.

Saravali (4.35) : Jupiter and Budha are stong in Lagna; Sun and Mars in tenth house. Moon and Venus in forth house. Shani in seventh house. Tradtion taught us that Rahu gets digbala in seventh whilst Ketu in the tenth house. Second and twelfth house from these points have ‘some’ dig bala. These houses seen from Arudha pada shows physical directions which are auspicious for the native. For example: If shukra is in forth house from Arudhapada then South East direction will be source of success and satisfaction for the native.

Kantaka means nail, thorn and is what Shani represents.

The position in the eight house is considered the worst as the aspect is also on the fifth house.

When tenth house is aspected then the skills fall.

If Dasa is good during this gochara then it will give setback and if the dasa is also bad then its the cause of failure.

GRAHAS AND THEIR LORDS

Relation of two planets which can be formed by yuti (75%), graha drsti (50%) or parivartana (100%). Shubha yoga gives auspicious events, whilst ashubha yoga brings misfortune. Among the popular one’s dhana gives wealth, daridra – penury; rajayoga brings success in undertakings and influential position; dhimanth yoga brings intellectual skills and recognition in the same; kalpavrska yoga gives fulfillness of desires; all these and many more are laid down by Rishis in the Jyotisha-Śastra

Aspect. Main important one’s are graha drsti and rasi drsti. Graha drsti shows desires and refers to internal aspects defining iccha shakti; rasi drsti is permament and refers to knowledge and strength. All planets have seventh house graha drsti except Ketu, as he doesnt have head and drsti means to see (drs). Additionaly: Jupiter – 5 & 9 Shani – 3 & 10 Mangal – 4 & 8 These are purna drstis and refer to all four pada’s (ayanas). Brhat Parasara Hora Śastra also provides informations about pada-drsti’s. In Rasi Drsti all fixed signs aspect movable signs except the adjacent one, movable signs aspect all fixed signs except adjacent one; dual signs aspect each other mutually. Rasi drsti’s are sometimes called Jaimini aspects but this is misleading as Paraśara also taught this type of drsti.

Exchange of signs. To describe the best is example: Venus being in Martial sign; Mars being in Venusian sign.

Situation in chart when debilitated planet (neecha) rise due to help of other grahas described in Phaldeepika (6.26-30)

Conditions to be present are as follows:

ex. Sun in Thula Rasi and Mesha Navamsa. (being in seventh Navamsa)

ex. for neecha Surya it will be Shukra.

ex. for neecha Surya it will be Mangal.

ex. for neecha Surya it will be Shani.

Based on the above without uccha-amsa (exaltation in Navamsa) planet can be raised to 75% of strength.

State and strength of planet.

1. Balaavastha – based on degrees and showing the state based on age.

A planet in own decanate gives virtues, in own Navamsa – famous. Saptamsa svakshetra bestows courage, wealth and fame. Helpfulness and devotion comes from Dwadasamsa own sign. Trimsamsa relates to qualities. (Saravali 5.31)

Branch of astrology related to time of initiating activities. Śastra provides information that when the bhava controling particular enterprise is strong at the start then it will bestow success. Connection to year lord will give 25%, month lord 50%, varesh (lord of the day) 75% and horesh 100% success (Saravali 7.6).

Branch of astrology related to analysis of chart drawn at the moment of querry known also as horary astrology.

Naisargika (natural) significator of house which describes its meaning and is useful for deciphering level of blessings & curses for the bhava and bhava lord. Below we will find the list based on traditional teachings as in other sources we will find Mangal being the main karaka for sixth house, here Shani is treated as the main karaka for all dusthana.

The strongest planet in Vivaha-bhava in Navamsa or Darapada/Upapada in R will show the type of marriage for the person.

Very popular in India timing system is based on naisargika age of planets.