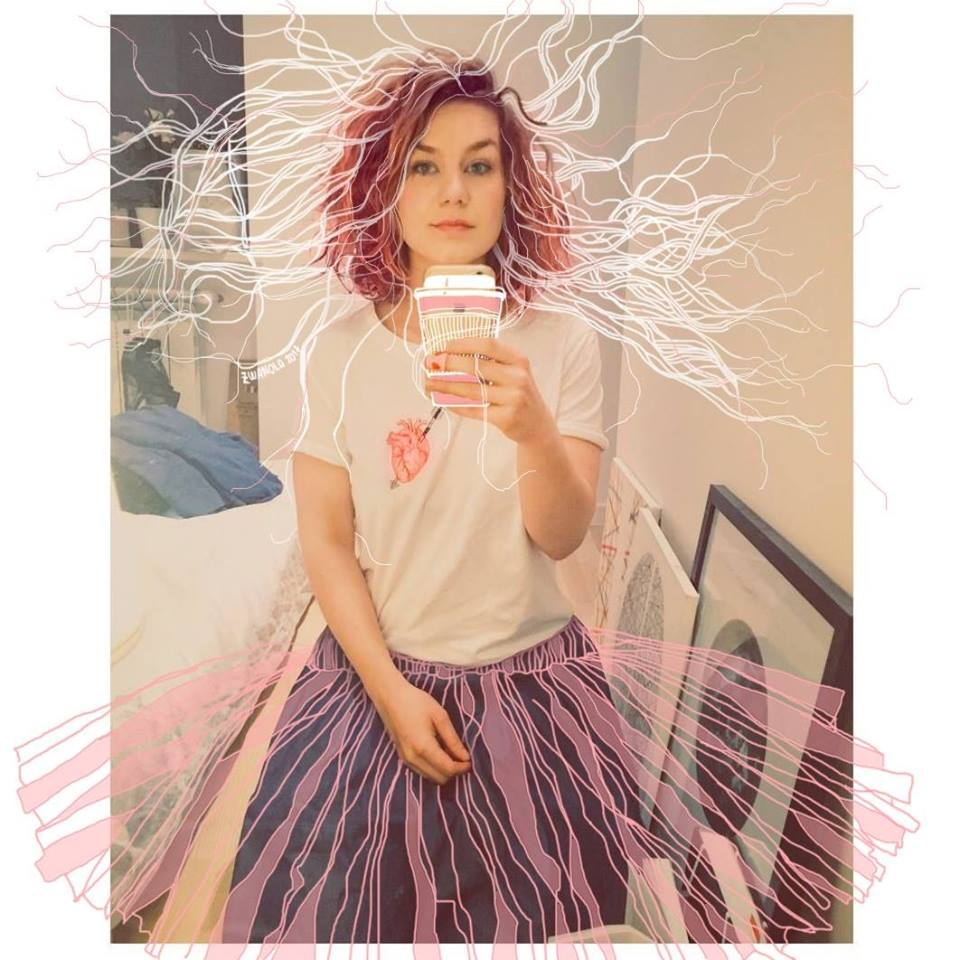 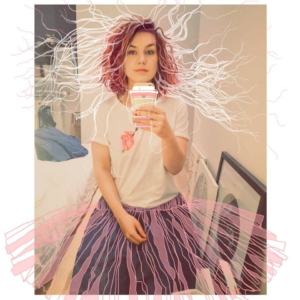 Wow! Finally I got the opportunity to talk with the famous “Girl living in the Factory”, Ola Żwan (Warsaw). Ola’s history appeared in various magazines due to her home “Factory” which became also the center of various cultural events.

When I asked Ola about the place and how it started she gives us the glimpse of the beginnings: “with my boyfriend we were engaged in many projects like coffee shop, lunch place and bikes, later it expanded into music events, parties with the artist from the whole world, this was made together with guy related to projects “Powiększenie”, “Plac Zabaw” and “Plan B”, then it moved to place by the river and was one of the most important centers of culture places in Warsaw”. 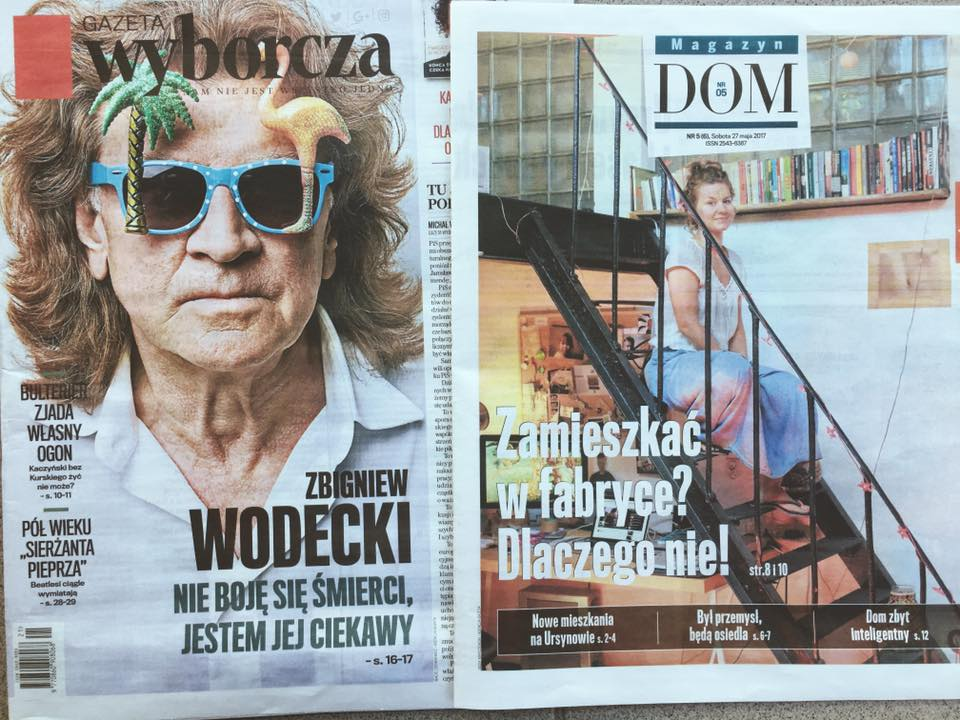 I couldn’t wait to see Ola’s chart and see how this will be depicted astrologically. What is specifically interesting is how the aspects of property, work and relationship are intertwined in the chart.

This is Ola’s chart, born on the full moon with Moon super strong, being exalted in Navamsa and with Cancer Ascendent and Moon in Gemini in the twelfth house.

In Ola chart, fourth lord is with seventh lord which may show that in her life relationships are strongly connected to the property.

Fourth house is related to all things which brings happiness, security, shelter and trust including the property. Seventh being the door of the chart, brings people, outsiders and partners be it business or intimate. Fifth being second from the fourth brings both traya to mana which is protection to mind in the form of man-tra and also sustenance (second) to property (fourth).

Herein fourth lord is in fifth house of maintenance with Saturn indicating dilapidated or ruined houses. Saturn is also seventh lord indicating that property and relationships may walk hand-in-hand.

Furthermore Saturn being eihgth lord is responsible for debts, loans, finances of partners, and diseases.

Hence this combination opens a variety of possibilities:

So the fourth lord being with seventh lord, shows relationships are fed by some of the signification of fourth house being property (Mars or Ketu), vehicles (Venus), mother (Moon), and the likes.

Among the significators of the fourth house Mars is nicely placed in trikona which denotes the property (among, mother, happiness, education, comforts and all other significations of fourth house). Hence the relationship will depend on the luck of properties signified by Mars.

Moon is not well placed and will not allow a role of the native’s mother in the relationship. Venus is the kāraka for vehicles, but being the fourth lord we cannot examine it for the support from vehicles. Instead the exaltation-lord of Venus, Jupiter, is examined for this, and with Jupiter in the eighth house, we cannot see vehicles supporting the relationship.

Now it happens that Mars is fourth lord from the Sun and is in tenth from Moon being tenth lord in the ninth house.

Now if we connect those indications, we have loss of objects which is part of wealth and put pressure on income and all that is related to property which feeds the relationships. 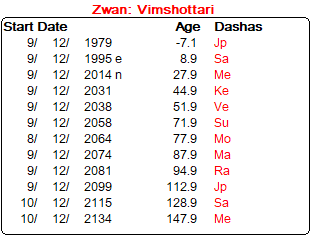 The timing of events in Vedic astrology is done using the planetary periods called the Dashas.

All the projects took place in the third dasha of Mercury after 2014. This is related to the sign of Pisces in which the combination of Mars and Rahu takes place. The life circumstances coming from that yoga are described in the following paragraphes.

RELATION WITH FRIENDS AND CULTURE PLACE

The discussed yoga of Mars and Rahu is in the fifth house and have exchange with fourth house from Arudha lagna.

This shows that both partnership, property and the work have strong association with the club of people and friendship circle.

This being negative can bring losses to wealth, loss of relationship followed by loss of friends and group of people. This is exactly what happened, but due to the blessing of Jupiter the native was fully protected throughout the process and came back stronger than before as Jupiter is atmakaraka and will bring important soul-lessons.

In navamsa chart of destiny and marriage, we have Mars in tenth house as fourth lord in Libra which is fourth house in the main Rasi chart.

As tenth house in Navamsa shows wealth, Mars there shows gaining from circumstances related to property. This is also fourth lord which brings again the connection of place to earnings.

That being Navamsa shows that this situation can show the inner scenario of the relationship, so it is not only external to the life of person but penetrate the intimate life.

Knowing from the main chart that the property and relationship go hand-in-hand and are related to work, let us analyse what exact role they play.

In the chart of career life we have to check Mars and Jupiter. Jupiter show the partner and being 6th lord shows being employed by partner / being assistant to partner’s work and in Lagna / Ascendent shows this can bring some recognition. Mars being seventh lord with Moon shows business related to food, Saturn shows renovations and again is second from the fourth with fourth lord which shows that the business will have strong connection to place of stay in native’s life.

Ola: “In the factory I have my own workshop, I make the videos, I draw. I work a lot at home. It is a big challenge for me, which demands high discipline. Unfortunately, I didn’t master that yet. I am distracted by everything, my attention flows smoothly from the laptop to the fridge where the raspberries are waiting, or the nice reflection of lights on the wall or sudden urge to chop the wood. This is procrastination led to perfection, maintaned through years of freelancing. So the finances fully depend on me”. 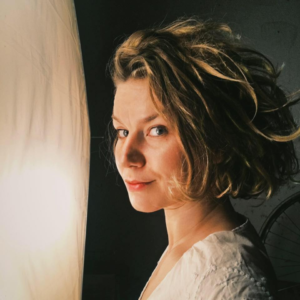 Venus being the only planet in artha trikona (second, sixth or tenth) shows working in the field of art. Arudha lagna being with Venus in the main Rasi chart supports this in the sector of entertainment.

From the fourth lord to Mars we have five houses (fifth house being second house of sustenance from fourth house of properties) which shows sustenance and Saturn indicates various reparations. 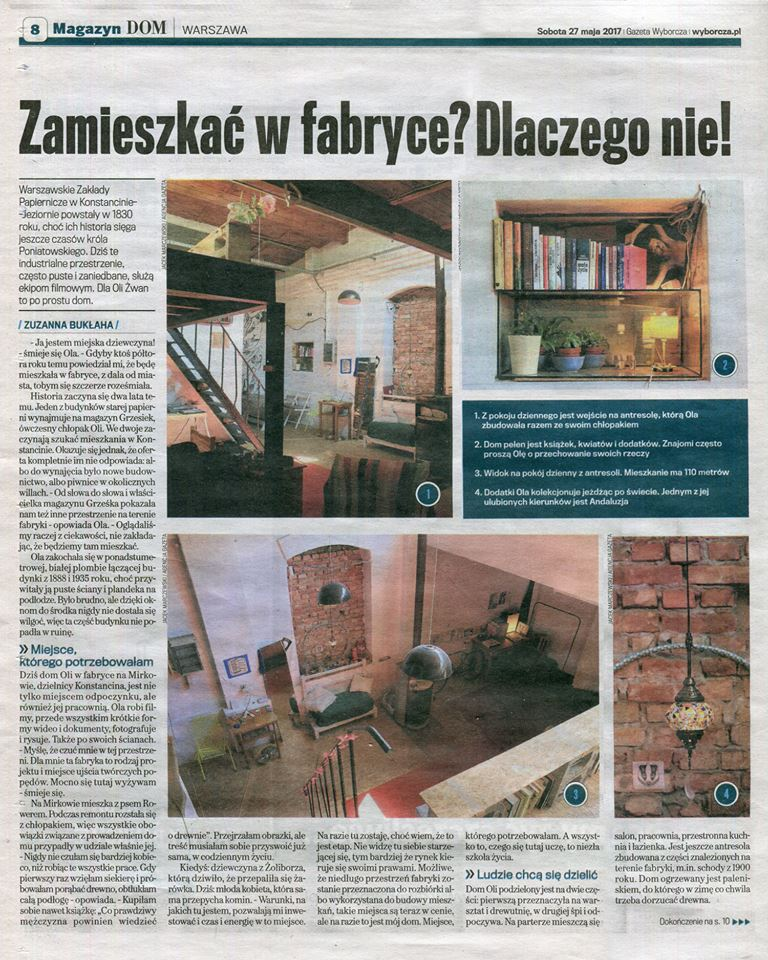 In the chart of property (D4, chaturtamsa) we again have Saturn in fifth house confirming repairing the left-out properties and the lord can show people engaged, here it is Mercury and Sun. Mercury shows friends and Sun shows father, Venus is aspecting by graha drsti being the seventh lord. So people who helped Ola with the maintenance and reparations of the factory were friends, father and partner.

Now this all is well and good except that it is ninth house of fortune and is also joined the Rahu forming Kuja-Stambhana Yoga. Stambhana means that the activity of the Mars was stopped and that has shaken the stability of relationship, property and wealth as all 3 are connected.

Now to know the problem we need to investigate Rahu. Here it is third and in the ninth shows “engagements” broken and Mars lording second from second Upapada shows that it leads to the end of second relationship Rahu in ninth need yellow sapphire and Guru worship (for example Guru Vandana) to bring the fortune back.

We can open Navamsa to investigate that in greater detail:

Rahu being second lord in Navamsa shows second relation, the second from it is Pisces which shows sustenance and is lorded by Jupiter which is aspected / afflicting by the Rahu which is also in twelfth from the second house.

This shows that it was the partner decision to end the relationship. Rahu being in Lagna (ascendent) and trikona to fifth house shows that this has led to many self-insights and self-realisations making one stronger.

Sun, Mercury and Saturn-Rahu combination in Navamsa Lagna will give strong ability and likings for dancing and indeed Ola loves to dance.

However because Mars is still in trikona in main Rashi chart and Jupiter is in parivartana, even after initial problems it protects the house and earning of the person and Ola continues to live in the property and earn from it.

JUPITER HELPS WITH FRIENDS, CLUBS AND INTEREST IN SPIRITUALITY

Jupiter is in ninth from the Moon and fourth from Arudha in Aquarius sign.

Ninth from Moon shows dharma, fourth from Arudha shows clubs, ashrams. This shows that the support of friends will be of great help.

Especially those signified with Jupiter in Aquarius which are the philosophers, spiritual, analytical, innovative, researchers, spiritually-inclined.

Lord of Arudha and Darapada lagna are together, this brings big friendship circle, especially with Mercury in kendra.

Ninth itself along with Jupiter shows spirituality and teacher. This in public sphere is shown by the ninth from the Moon and herein it shows also connected to the specific group of people.

Ola: “Long time ago, my friend brought me the book “Nirvana” authored by Osho. That was the time of my first reflections about the reality, first fears of death and realising how bad the world can be. The words of Osho could model our fresh afraid minds without any obstacle. That was the time when I opened first time to another religion, another type of spirituality, more practial, more attractive and positive. Something to reveal and be excited about. But then it came time for me to rebel agains Osho when I saw the movie in which he rides the cars worth of million. I rejected it altogether. I didn’t know at that time that in my 30’s I would be interested in dynamic meditation”.

That when acted up will activate the protective power of Jupiter !

As Jupiter is with Moon in Navamsha shows the author and Moon is exalted in the fifth house in Navamsa lagna this can lead to lot of writing and lot of popularity. Talking about spritual groups Jupiter in Aquarius specifically shows Shiva.